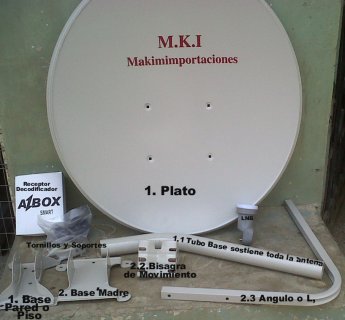 PARIS — Astrium Satellites of Europe, in a rare contract win in North America, will build the large DirecTV 15 television broadcasting satellite for DirecTV Group under a contract announced Nov. 4 by both companies.

DirecTV said Nov. 3 that it is accelerating the launch of its DirecTV 14 and the just-ordered DirecTV 15 spacecraft to protect against the possible in-orbit failure of DirecTV 10, whose primary propulsion system failed this summer.

The reverse band has long been used for satellite uplink signals. In response to requests from industry, the U.S. Federal Communications Commission (FCC) and international regulators have freed this spectrum for downlink services as well, a decision that could free up additional spectrum for satellite operators.

DirecTV 15 is expected to weigh 6, 300 kilograms at launch and will deliver 16 kilowatts of power to its payload at the end of its 15-year service life.

Europe’s two principal commercial satellite manufacturers, Astrium Satellites and Thales Alenia Space, have been successful on the worldwide market but have struggled to establish a foothold in North America, in part because of the high value of the euro against the U.S. dollar.

Philip Goswitz, DirecTV senior vice president for space and communications, said his company is “pleased to begin a new relationship with Astrium … which has a solid reputation for technical excellence and high reliability.”

DirecTV 10’s propulsion issue is not the first glitch aboard the satellite since its July 2007 launch. DirecTV said it suffered an on-board failure of a portion of its payload that made it unable to provide the expected capacity to certain markets.

DirecTV 10 is a Boeing 702 model satellite designed to operate for 15 years in orbit. In a Nov. 3 filing with the U.S. Securities and Exchange Commission (SEC), DirecTV said if the satellite’s propulsion system fails altogether, it would be obliged to record an impairment charge for the satellite’s book value, which as of Sept. 30 was $274 million.