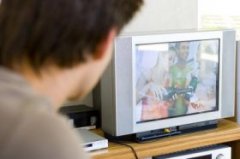 Over the years, DirecTV has used a number of different satellite dishes for their service. These come in three basic sizes, paired with a variety of LNB (low-noise block converter) configurations. Originally, when DirecTV did not yet offer local programming, they still used the simple 18-inch round dish with a single LNB. This is no longer used today for new installs, though it is possible to pick up a signal using this obsolete hardware.

This is the original "oval" dish that DirecTV produced. It is no longer being used in new installations, but can still be found in many locations. It was the first dish that supported multiple satellites. It originally came in a dual-LNB arrangement. Some versions use two separate LNBs rather than a single unit. It used a combining device to merge the signals for the cable run. Other versions use a dual, triple or a triple with a 2-LNB "sidecar."

This is the dish in common usage today. All new installs use it. Depending on the programming ordered, and on which satellite the programming was broadcast on, it might use a dual, triple or even a five-head LNB. In cases where a dish was shipped with three LNBs, a dual-LNB "sidecar" could be added to allow the already installed dish to access another two satellites.

With DirecTV's newest satellite, "DirecTV 11, " going into service at the end of 2009, most of the five-LNB installations will no longer be necessary, as the new satellite allows DirecTV to broadcast almost all of their content from three satellites. Because of this, DirecTV is introducing a new triple-LNB dish called the "Slimline 3" for use with new installations. This should not be confused with the earlier 5-LNB dish that was also referred to as the "Slimline."

DirecTV also offers a portable satellite receiver with a built-in screen. All of the hardware is built into the device, and requires no external dish. It only needs a view of the southern sky. It isn't totally portable, as it doesn't have any batteries, and requires a power source. Interestingly, it doesn't have any visible LNBs, which implies the LNB hardware is built directly into the receiver.

This is no longer used for new installs, though it is possible to pick up a signal using this obsolete hardware. In some markets, it's even possible to pick up local channels, especially in the larger cities on North America's coasts. However, since high definition programming uses a different frequency, it's impossible to get such programs with this dish.