HOW TO: Watch Premier League football without Sky on a foreign satellite 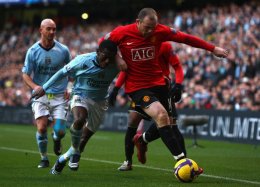 Football fans and pub owners alike were crossing their fingers and holding their breath in anticipation, following the news that Karen Murphy (landlady of the Red White and Blue in Southsea) stood on the verge of a landmark ruling that would allow her to legally show Premier League football matches to her punters without a Sky TV subscription.

While on one hand it means that Sky Sports packages may become drastically cheaper in order to stay competitive, it also means that using foreign satellite dishes to pick up free Premiership football may soon become far more mainstream. It’s relatively inexpensive to set up, and offers many matches not available on Sky Sports, particularly 3pm Saturday kick-offs.
It’s a moderately complex process, but this beginners guide will point you in the right direction for viewing football via foreign sports channels, and offer some links to where to find more info should you want to delve a little deeper into international satellite TV.
What You Will Need:

A satellite dish – This is used to pick up the broadcast signal and pipe it into a set-top box. You need one at least 78cm in diameter, but a bit bigger than that, around 100cm, is probably optimal for residential use. Signals from European channels tend to be weaker than UK ones, hence the need for a larger dish.

Dishes can be manually pointed at the orbiting broadcast satellites, or you can purchase a motorised one that does the hard work for you, particularly useful if you plan on accessing channels from multiple satellite sources (more on that later). We’d recommend the
110cm Hi-Gain Satellite Dish from System Sat (£60, Amazon seller) or the 80cm Satgear Anthracite Satellite Dish (£31.95, Amazon seller).

A satellite receiver – These are designed to pick up European channels, perfect for getting Premier League matches, as well as La Liga, Serie A football and other European competitions. There are plenty of receivers to choose from, but a quick search around the web shows Technomate branded ones such as the TM-3000D (£53.75, Amazon seller) to be well recommended.

A universal LNB and cable – The LNB (Low Noise Block-downconverter) sits on an arm pointing at the dish, and is used to focus the satellite signal, converting it a lower frequency which your receiver can take via coaxial cable.

A viewing card or Cam – These are used like a Sky Viewing card, and are needed to de-scramble encrypted signals. Different cards and Cams provide access to different channels, and are also needed If you’re looking to access Pay-TV channels.Spend a bit of time researching the channels you’re after before buying a card or Cam, but one good place to pick them up is They also provide receivers too. 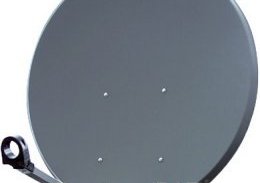 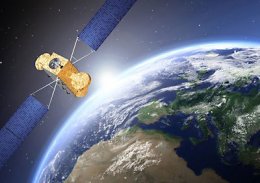