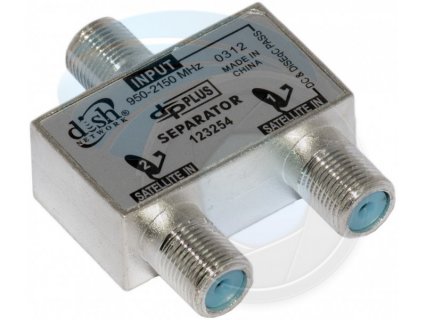 First off, may as well note that I was very reluctant to sign up with Bell after all of the horror stories I've heard and read about. I probably should have just went with my gut instinct, but then I wouldn't be here, would I? The price I got everything for was alright to begin with, but that's because I got it during a special promotional pricing initiative. As is typical I was offered this price for 3 months, and then the bill was free to skyrocket, and that it did. They were very misleading about what my full price was going to actually be after the first 3 months, so this was a bit of a surprise to me.

So the first of many issues I had was that they signed me up, without my consent, for a $5 a month anti-virus included with my internet. I quickly put a stop to that nonsense. They could see I hadn't even used it, so I was given 'credit' on my account. This was after me being a customer for a few months, so I have no idea how they just magically added this feature onto my account without so much as contacting me or letting me know.

Then a few months later after my promotional price is over, my bill magically goes up another $5. The only notice I received of this increase in price was a small (hidden) note in a drop down menu in my account page ON A BILL 2 MONTHS PRIOR to the bill they actually changed my price on. They don't have the courtesy to email me or let me know of this price increase, so I imagine they hoped I wouldn't notice. This was a permanent price increase on my services, it wasn't an added feature or anything. They decided to up my bill a few bucks, just because.

A couple months after that, the same thing happens! My bill permanently goes up another few bucks, all in the name of "Price adjustments support our continued investments in network, product and service enhancements." I find it very ironic that they are free to manipulate the price of my contract whenever they want, and yet I'm supposedly locked in to paying them for 2 YEARS. Them changing the prices of my bill should make the contract null and void, and I should be free to leave without any additional termination fees. But nope; they are happy to have their hooks in me and couldn't care less about changing the prices I originally agreed to. So after being a customer for not even a year, I was already pretty fed up. What kind of service company ups the price of their service and I haven't even been a customer for a year yet?

Fast forward to around the 1 year mark, and I decided to cancel my internet in favour of a more reliable provider. I followed their instructions for returning the internet modem to a tee. A month later I was charged a $99 non-return fee for my internet modem. Are you KIDDING ME. I looked up the Canada post tracking #, and there it was showing very clearly that the package containing my modem had been received by them. As a result of my bill being $99 more than it should have been, I immediately cancelled my monthly bill auto-payment from my bank account. I didn't want them taking that money out of my account.

After going through the usual Bell customer service charade, I had the bill adjusted and the $99 removed. But that's not all... So after I had the bill adjusted accordingly, I paid the bills balance manually with my credit card. But then 3 weeks later, guess what happens? They still take the full amount for the bill they screwed up on out of my bank account. So they forcefully still took that $99 out of my personal bank account even after my bill was adjusted to the correct amount by them. I'm not even kidding. I cancelled my auto payment on the 1st of the month, and they withdrew the money from my account on the 18th, almost 3 weeks later. WHAT?

Unfortunately I'm forced to call them again... They are unable to return the money back to my bank account, but a credit on my Bell account is no problem. The customer rep I was speaking with even had the balls to try and upsell me, trying to sell me internet (I'm literally calling about an issue THEY MESSED UP ON concerning my cancelled internet), and a cellphone plan. NO, I do not want to sign up for more services from Bell, why would I ever want to at this point? I was offered no compensation, no nothing. All I got out of it was a 'whoops'. I have email documentation of all of this, but yet they still couldn't just put the money back in my bank account. I got credit for it on my account, but I'm still left salty over it. Needless to say, I cannot wait until I can cancel my satellite service without being penalized $ for it. I will absolutely never do business with Bell ever again, and will recommend the same to everybody I know.