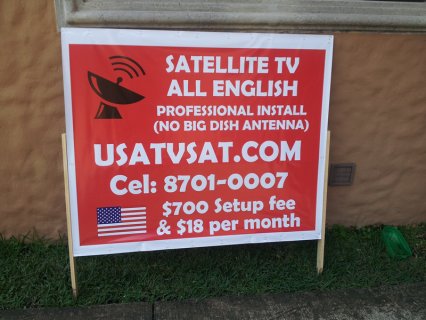 In the week before the biggest TV-viewing day of the year, DirecTV launched an unprecedented electronic attack on an estimated 100, 000 consumers who had been bootlegging its satellite TV service.

The El Segundo-based company killed-via satellite-pirated pieces of hardware that had enabled viewers in the U.S. and abroad to see a broad range of programming, including premium channels and pay-per-view events that they had not paid for.

Adding a flippant tone to the strike last Sunday, hackers said, DirecTV delivered a sneering message to the pirates, buried in the programming code, that read: "GAME OVER."

The company's aggressive maneuver-coming days before Super Bowl XXXV-was the latest and most dramatic salvo in a long-running battle between DirecTV and these foes, some of whom have been siphoning free service for years.

It also opens a new front in Corporate America's war to preserve intellectual property and digital entertainment, taking the fight out of the courtroom and into cyberspace.

Traditionally, companies have taken a defensive attitude, adding more layers to their digital safeguards and letting their legal teams deal with pirates and hackers. But some companies, knowing that the fight can drag out in the courts for years, are going on the offensive.

"We believe people ought to pay for the service they get from us, and in fact they're in violation of copyright by not paying for it, " said Dave Baylor, executive vice president of operations for DirecTV. "We are enforcing those laws and getting those laws enforced in cooperation with various law-enforcement agencies around the country and in Canada."

DirecTV has nearly 9.5 million subscribers who pay as little as $50 for the hardware and $22 per month for the programming.

Company officials declined to say how many pirates were getting free service, but analysts say the company's attack saved DirecTV at least $100 million a year in lost revenue. DirecTV's most expensive basic package costs $83 a month; average customers pay about $60.

Sunday's electronic counterstrike followed more than four years of battling between DirecTV and the pirates. The main battleground has been the satellite receiver, a set-top box with a credit-card sized "smart card" that determines which channels can be displayed.

In particular, the pirates concentrated on one type of card, called the H card, which DirecTV rolled out in 1997 but yanked off the market in late 1999 because of the hacking problem.

Pirates started with legitimate H cards, which they might have purchased new or bought used on the Internet. They used special equipment to install new software, which tricked the set-top receivers into displaying all DirecTV channels, and sometimes its pay-per-view events, for free.

DirecTV regularly broadcastnew programming code to the receivers from its satellites to befuddle the altered cards, but the pirates quickly found responses every time.

Rather than continue the cat-and-mouse game with the pirates, DirecTV decided on a more aggressive tack. Taking a page from the military's "information warfare" handbooks, it launched Sunday's electronic attack, not just to befuddle the pirated hardware, but to ruin it.

"The H card as a pirate device is now useless, " said Baylor. "Cards that have been loaded with illegal software will no longer work. They have been targeted and they were cut off."

Several weeks ago, DirecTV began transmitting to its receivers, via satellite, small pieces of the programming code that ultimately killed the altered cards, according to company sources and accounts published on HackHU.com, a Web site devoted to the satellite TV hacking community. The bits of digital information ultimately formed a complete program that-when triggered Sunday-permanently maimed any H card that had been altered.

The result shocked bootleggers, who long had dismissed the steady trickle of software updates as more annoying than serious. When the pirates turned on their television sets Monday, they saw nothing. (The pirates saw the "GAME OVER" message when they studied the software coding that killed their cards, according to HackHU.com and other sites.)

Within hours, people flocked to Internet chat rooms to figure out a fix. But it soon became clear that the free ride had come to an end.

"If your TV is not working right now, it is because your card, for all intents and purposes, is completely dead at this point, " wrote DeeEss-Ess, the owner of HackHU, on his site.

Some bootleggers expressed outrage at DirecTV's aggressive approach. One person in an Internet chat room earlier this week bemoaned the news, saying, "I'm having a Super Bowl party on Sunday. What am I supposed to do now?"

The virtual raid could boost the value of the DirecTV franchise at a key time, industry watchers say. The company, which is part of Hughes Electronics Corp., has been holding talks with News Corp., the media company controlled by Rupert Murdoch, about a possible merger of their satellite assets. (See story, C1)

@Brasher Paz: Exhausted by paying out big bucks in order to television as well as satellite tv We can help
Tue, 13 September 2016 05:04 PM