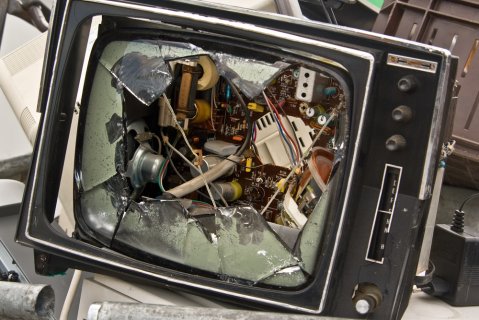 Ditch Satellite TV for Online Alternatives and Save

April 8, 2022 – 12:10 pm
The James family canceled their Dish satellite TV package and replaced it with a media center PC, faster broadband connection, and Netflix account—and now save $93 a month.

James said she and her husband were spending $115 a month for their Dish satellite service, which gave them about 250 channels of programming. But when she sat down and listed what she and her husband actually watched, she discovered that they only viewed about 25 of those channels.

"I just couldn't justify watching only 10 percent of the channels I was paying for, " she said. "I would have felt a lot better about keeping the satellite service if I could have thrown out the extra channels and only paid for the channels we watched. It's just like buying a whole loaf of bread and only eating two slices—such a waste."

The James' say they love their new setup—which involves a wireless keyboard and mouse to find video from sites like Hulu—and actually prefer it to their old package.

Instead of feeling deprived, James said getting rid of the satellite TV service has been a huge improvement.

"We definitely watch more TV now than we did with Dish, " she said. "And because most of the shows online through services like Hulu.com don't have commercials, I can watch them much quicker too."

And because some TV channels actually offer additional video content online than they do on regular TV, James said she and her husband are able to get more variety and choice than they were getting with their Dish package. For example, AT&T, her broadband provider, offers a special broadband channel called ESPN360.com.The site offers a wide variety of sports programming from college football to international soccer matches to Nascar, which aren't always shown on the cable or satellite ESPN channels. The events are often aired live and replayed at a later time. And it's all free.

Have you ditched cable or satellite to watch video exclusively online? How did you do it? Post up your setup in the comments.