Alternatives to cable or satellite TV 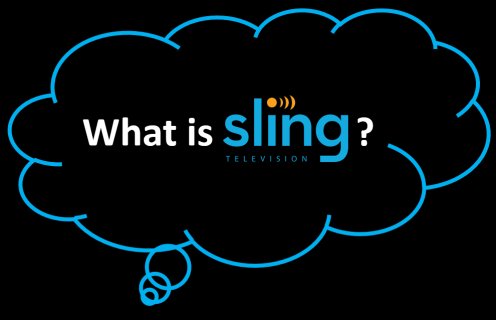 Review: Cutting the cord gets easier with Sling TV, DirecTV Now, other alternatives to cable

As tired as I am of paying my pay TV bill, I haven't yet been convinced to cut the cord.

Until recently, the online alternatives to traditional cable and satellite TV packages didn't measure up. They didn't offer access to the same broad assortment of programming. And even as many cable channels started offering their programs through apps, they often required users to have a cable or satellite subscription to watch them.

But that situation is changing. You can already choose from at least three different services that offer a cablelike assortment of channels that are streamed over the internet.

While those offerings aren't perfect, they are improving, and more such services are on the way. Indeed, with the online alternatives becoming more attractive, it may not be too long before I ditch my traditional set-top box.

Perhaps the company making the biggest splash with a streaming multichannel video service is Dish, which launched its Sling TV offering last year. When I first tested it, I liked Sling's potential.

With Sling, Dish was trying to make pay TV more like Netflix - inexpensive and easy. At $20 a month, it was a relative bargain compared with the typical cable TV package. Because users tuned in with a digital media player like Roku's boxes, they didn't have to pay costly monthly fees to rent a set-top box.

Rather than overwhelming customers with hundreds of channels they'd never watch, Dish promised a more tailored offering of top networks. And like Netflix, it allowed customers to drop out painlessly; instead of having to sign up for a long-term contract, they paid month to month and could cancel at any time.

But Sling's offering was hobbled by offering users too little. At launch, it came with only a dozen channels in the basic package. And users could watch only one stream at a time; a husband and wife couldn't watch two different programs through Sling simultaneously unless they each had their own account.

Over the past 18 months, Dish has been quietly improving Sling. The basic package - which is still $20 a month - now includes 28 channels, including most of the top networks. For $25 a month, you can stream up to three devices at once and get 44 channels, although you do lose access to ESPN and the Disney Channel. You can also now get up to 100 channels through the service by tacking on collections of channels that Sling bundles together in $5 bunches.

In short, Sling is looking more and more like a real rival to a traditional pay TV service - albeit one that's delivered on terms that are much friendlier to consumers.

What's promising about this emerging era of internet-delivered pay TV is Sling TV isn't your only choice. Instead, you're likely to be able to choose from numerous alternatives that offer you similarly friendly terms - lower prices, no costly equipment to rent, the ability to tune in programming on smartphones and tablets as well as televisions, and no long-term contracts.

Already, you can also choose from Sony's PlayStation Vue service, which, like Sling TV, has been getting better since the company launched it last year. Sony recently added the NFL Network to the service and this summer made it available on Roku digital players and Android smartphones and tablets.

Some Comcast subscribers have another choice - that company's $15 a month Stream TV. That service, targeted at the company's broadband customers, allows them to watch live, on-demand and recorded programs on smartphones and tablets. Right now, though, it's offered in only a handful of states, not including California, and users can watch only some of their programs on their televisions or away from home.

You can expect to have more options soon. AT&T plans to launch DirecTV Now, a multichannel pay TV service delivered over the internet rather than via a satellite dish, later this year. Hulu has said that it plans to launch a cable TV-like streaming video service next year. Meanwhile, Comcast is reportedly considering opening up Stream TV to a much wider audience of potential customers - including those who aren't subscribers to its broadband service.

And more companies may join the fray. After years of nonstop growth, the number of households signed up for some form of pay TV fell in 2013 for the first time ever. The industry has now experienced three straight years of declines and the results from the first half of 2016 look like it will be another down year. Thanks to those declines and the growth in the overall population, more than a fifth of all American households have now either canceled their pay TV service or never signed up for one.

That dynamic is making the TV industry as a whole nervous - and much more receptive to online alternatives.

When Dish was putting Sling TV together two years ago, many of the cable programmers didn't want to admit that cord cutting was a real phenomenon, Sling CEO Roger Lynch told me recently. And many were wary about how online alternatives like Sling might affect the pay TV industry.

But those attitudes have shifted as Sling has added subscribers while the rest of the industry, including parent company Dish, has shed them.

how often answer who designs products who devised the contract with america how solution set what startup companies to invest in which device performs the function of determining how much product manager salary where london bridge is located where system earthing is done what technology was used how technology impacts society who developed the let s move initiative how many solutions does this system have where london bridge is located what entrepreneur mean how teaching methods affect learning what technology can amish use what company makes plan b how far technology will go what products are trending now when tech bubble burst who london office which development is best how many solutions does this equation have which device is nat typically implemented on how far machine learning how many management theories are there from where dowry system started where problem solution where business logic in mvc pattern how much engineering make why science is important how development happens what teaching positions are in high demand where to launch model rockets how teaching happens where's my device who company makes the best polarized sunglasses who is the product beneficial for where to develop 35mm film cheap how often company pay dividend where is stonehenge from london how much workers comp pay where technology is used how much technology should a child use what's road map how much teaching should a hlta do how device storage how science points to god how much science should be taught in ks1 why workers join unions how much solution for bissell carpet cleaner how many entrepreneurs have adhd how much machine for ice cream why entrepreneurs are bad at relationships which device is nat typically implemented on why solution called mixture what tech jobs pay the most solution where concentration where to find engineering jobs where to launch model rockets when london snow falls how project iphone to tv how much solution in vax platinum where's device manager who technology addiction when company of heroes 3 how company shares work where is waste management from who's teaching whom where to produce in economics whose business number is this why solution focused therapy how many project managers are there in the us whose an entrepreneur where to produce the symbol of the king how entrepreneur think where to watch project runway where science and magic meet how tech companies make money tattoo designs how much solution for vax carpet cleaner how technology has impacted society device locations where technology is going who product catalogue which startup character are you how long project baseline results how many development region in nepal where technology and creativity meet where is fk tech from how london looks like how management fee is calculated who design the statue of liberty which management function is associated with advocacy what technology was used to build the pyramids where to start entrepreneurship where's waldo solutions which system produces blood cells who workers comp startup whom when product backlog refinement who devised the contract with america startup folder how many solution are there to this nonlinear system why development matters where the london is located in startup who ends up with who how much system administrator make who manufacturers when business invest funds to expand when solution is simple god is answering who is engineering explained what manufacturer makes lexus how far technology has its impact on education where to sell products online which manager has been sacked the most how much product photography cost
Source: phys.org