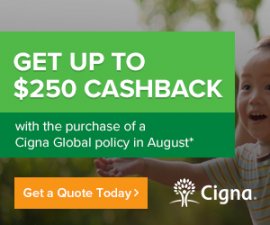 There are eight TV channels in Malaysia which are free and state-owned (similar to the BBC in the UK). These channels are still broadcast in more rural areas in analogue. Digital switch-over has not yet been announced in Malaysia, but some of the free channels are transmitted in digital in the major cities. Some of these channels will have English-speaking programs available. These free television channels are subject to censorship due to Malaysia’s strict censorship laws.

Malaysia does have satellite television and there is a main provider.

Astro is the biggest satellite channel provider in Malaysia. This is a subscription based package with a tariff. There also has to be a satellite dish and a box which is aerial fed into the television. Astro has the monopoly in Malaysia for satellite television and there is censorship in place. Astro has all broadcasting rights until 2022. Unscrupulous satellite providers are soon weeded out as are owners of equipment. Satellite dishes from other providers are larger than those of Astro.

Connection and installation is only required if you subscribe to a satellite package. To connect your TV to the free-air channels simply requires an aerial to plug into your TV. Most new apartments and modern homes will have an aerial box in the property. A lead with an aerial connector will be plugged into the aerial socket in your TV and as most televisions are modern, all it will take is to tune in the TV.

For satellite subscriptions, you can apply online via the Astro website and they will arrange with you when an engineer will come out to fit your satellite dish and install your decoder box and tune the box. To be approved for a satellite subscription you will have to prove your address and your bank account details to pay the monthly subscription. Everything can be managed online, as the website is in English. Astro also offer a satellite package that can be streamed to your mobile telephone.

Television in Malaysia has changed immensely since the provision of satellite television has become increasingly popular and there is much more availability to American television shows.

Digital television is available in Malaysia and this is via Astro. There are around 130 television channels broadcast by Astro and while there are no plans for a switchover from analogue to digital, the balance is working without many problems. Television aerials of the analogue variety can still be seen as the main RTM channels still operate on analogue in more rural areas.

You can relax knowing that you will be able to receive television channels in English and the biggest benefit of all is that satellite subscriptions are nowhere near as expensive as they are in the US or the UK.