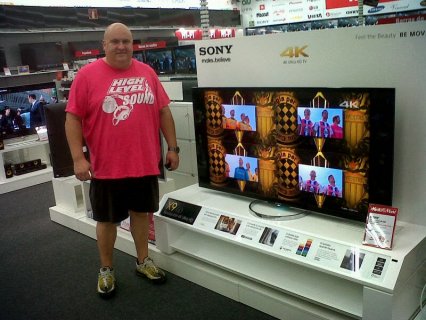 UK Satellite TV is available in Spain. You require a satellite dish, aligned to the UK TV Astra 2 group of satellites at 28 east, and a satellite receiver (a Freesat set top box, a Sky Digibox, or a “generic” satellite receiver). Many UK TV channels are available subscription free on satellite. Channels like BBC ITV Channel Four and Channel Five are all available without any form of subscription or viewing card. However, if you want to watch the Sky pay channels, then you will require a Sky Digibox and a Sky card with a monthly Sky Subscription.

Freesat in Spain
UK Freesat and Freesat set top boxes allow you to receive and watch the main UK TV channels, including BBC ITV Channel Four and Channel Five, with no subscription or viewing card.

In areas of Spain like the Costa del Sol that are unable to receive the main UK TV channels like BBC ITV and Channel Four without using a giant 4m+ satellite dish, people have been looking for alternate ways to receive their UK TV. One method being used is the Intelsat 907 BBC SATBACK system.

There are over 200 FTA television and radio channels available including BBC, ITV and C4 which require no subscription.

You can use a Sky, Freesat or generic receivers to receive free to air channels.

Free to view (FTV) channels are channels that require a Sky viewing card but no monthly subscription. Currently the channels available on a FTV card are Five, Five US, Five US+1, Five Life, Five Life +1 and Sky Three.

You can only use a Sky viewing card to receive UK free to view television channels.

There are many high definition channels available with UK TV channels. again, HD options include channels that are free, or subscription.

BBC One HD, BBC HD, ITV HD, Channel 4 HD and Five HD are available without a monthly subscription. They are free to watch on ANY HD satellite receiver.

You can only use a Sky viewing card to view the Sky package HD channels, which does require an additional monthly charge.

Cardsharing may be cheaper than using an official viewing card and subscription, but it is ILLEGAL. And despite UK TV installers in Spain saying these systems offer “All Sky TV Channels for less”, they DO NOT offer ALL Sky TV channels, as the Sky HD channels are NOT available on these systems.

Choosing a Satellite Installer In Spain