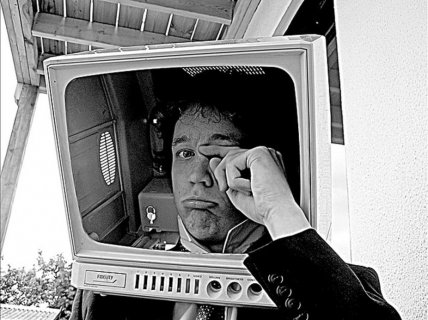 From the Eye of a Legal Storm, Murdoch's Satellite-TV Hacker Tells All

SAN DIEGO — Christopher Tarnovsky feels vindicated. The software engineer and former satellite-TV pirate has been on the hot seat for five years, accused of helping his former employer, a Rupert Murdoch company, sabotage a rival to gain the top spot in the global pay-TV wars.

But two weeks ago a jury in the civil lawsuit against that employer, NDS Group, largely cleared the company — and by extension Tarnovsky — of piracy, finding NDS guilty of only a single incident of stealing satellite signals, for which Dish was awarded $1, 500 in damages.

"I knew this was going to come, " Tarnovsky says. "They didn't have any proof or evidence."

The trial was years in the making, yet raised more questions than it answered. It came down to testimony between admitted pirates on both sides who accused each other of lying. Now that it's over Tarnovsky, who was fired by NDS last year, is eager to tell his side of the story.

Dressed in loose jeans, flip-flops and a T-shirt, Tarnovsky, 37, spoke with Wired.com by phone and in an air-conditioned lab in Southern California where he's been running a consultancy since losing his job. Surrounded by boxes of smart cards and thousands of dollars worth of microscopes and computers used for researching chips, he talked excitedly at lightning speed about his strange journey, which began in a top-secret Pentagon communications center, and ended with him working both sides of a heated electronic war over pay TV.

His story sheds new light on the murky, morally ambiguous world of international satellite pirates and those who do battle with them.

The stakes are high: Earnings in the satellite-TV industry reach the billions. In the first quarter of this year alone, U.S. market leader DirecTV announced revenue of $4.6 billion from more than 17 million U.S. subscribers. Dish Network earned $2.8 billion from nearly 14 million subscribers. Although satellite piracy has greatly diminished from its peak seven to 10 years ago when the events detailed in the civil lawsuit took place, the two companies lost millions in potential revenue, and spent millions more to replace insecure smart cards used in their systems and track down dealers selling pirated smart cards.

Those smart cards are at the center of the controversy over NDS, a British-Israeli company and a majority-owned subsidiary of Murdoch's News Corp. The company makes access cards used by pay-TV systems, most prominently DirecTV — itself a former Murdoch company. Nagrastar, a plaintiff in the case and NDS's chief competitor, makes access cards used by Dish Network and other runners-up in the market.

According to allegations in the lawsuit, in the late '90s NDS extracted and cracked the proprietary code used in Nagrastar's cards, a fact that NDS doesn't contest. What happened next, though, is hotly disputed. Nagrastar says Tarnovsky used the code to create a device for reprogramming Nagrastar cards into pirate cards, and gave the cards to pirates eager to steal Dish Network's programming. Tarnovsky was also accused of posting to the internet a detailed road map for hacking Nagrastar's cards.

Nagrastar says NDS had an obvious motive for these antics: Their own chip, the so-called P1 or "F Card, " had already been thoroughly cracked by pirates, and the company wanted to level the playing field with its competitors.

NDS denied the allegations at trial. The company declined to comment for this article or to confirm details of Tarnovsky's employment other than to say it was pleased that the verdict "ended in a resounding affirmation of NDS and its business ethics and proper conduct."

Tarnovsky began his pirating career in the '90s while serving in the U.S. Army. He had a top-secret SCI security clearance working on cryptographic computers in Belgium for NATO headquarters, and spent a year at Ft. Detrick in Maryland providing support to the National Security Agency for satellite transmissions to Europe.

In 1996, he was stationed in Germany when his colonel sold him a used satellite-TV system, along with two pirated access cards, neither of which worked. Tarnovsky began posting on online pirate forums, and developed contacts in the community, ultimately learning how to fix the cards to access English-language programs from Sky in the United Kingdom.

After leaving the Army and returning to the States, he got a call from Ron Ereiser, a Canadian pirate who'd heard about him through the grapevine. Pirates had found a back door in the P1 card and were vigorously exploiting it to get DirecTV content. But the cards kept failing. In a game of pirate pingpong, DirecTV periodically deployed electronic countermeasures, or ECMs, in the satellite stream that killed the cards in their set-top boxes. Ereiser needed someone to fix the cards.

There was serious black-market money on the line. In Canada, where pirating of U.S. satellite services wasn't considered illegal until 2002, syndicates of dealers did enough business that they could afford to chip in about $50, 000 to hire a programmer to reverse engineer the latest cards. Pirate cards would sell for about $200 each, with the profit split between the investors and engineers. Tarnovsky claims Canadian pirate dealers could make $400, 000 in a weekend; when Reginald Scullion, a notorious pirate in Canada, was raided in 1998, authorities seized $5.5 million from his bank accounts and safe-deposit boxes, though not all of it was from piracy.

Ereiser, who now works as a consultant to Nagrastar, concedes that the money from piracy was good, but insists that nobody became an overnight millionaire. "It was lucrative, " he said in a telephone interview. "But to suggest that millions were being made in a month is an absolute crock."

DirecTV's countermeasures were a nagging drag on this lucrative trade. Every time an ECM was deployed, Ereiser and other dealers would be harangued by customers demanding to have the cards fixed and their TV programs restored.

Tarnovsky, who was known online as "Big Gun, " says Ereiser offered him $20, 000 to fix cards that were killed by ECMs, and he agreed. Each time NDS created a countermeasure, Tarnovsky would analyze the code and find a way to circumvent the countermeasure. He did it while working full-time as a software engineer for a semiconductor company in Massachusetts.

"I'd be at work and I'd check the IRC (channel) to see if they'd launched their Thursday countermeasure yet, " he says. "It was like a chess game for me. I couldn't wait for them to do a countermeasure because I would counter it in minutes."

Tarnovsky suffers from attention deficit hyperactivity disorder, which he says helped with the detailed work.