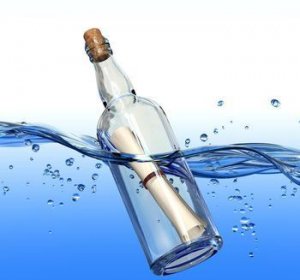 The Internet TV service is "transforming the industry, " the broadcasters whine

Once you throw message in a bottle into the water, you have no control over what happens to it. It may sink. It may wash up on an uninhabited island. Or it may be scooped out by someone who finds a way to sell it to millions of people at a profit.

Should you have any control over the bottle once it leaves your hand? That's the question the over-the-air TV industry wants the Supreme Court to consider.

Major broadcasters including ABC, CBS, NBC and Fox are appealing a ruling earlier this year by the U.S. Second Circuit Court of Appeals, which denied their request to shut down Aereo, a streaming video service that is built on a technicality.

The technicality is this: You can't legally record a TV show and redistribute it to others for profit, because the show is intellectual property covered by copyright laws. Ah, but can you build an equipment rack just crammed with little tiny antennas that pull in the over-the-air signal - the broadcasters' message in a bottle - and sell the streaming video of that signal for profit?

That's what a start-up called Aereo has been doing with great success. And is driving broadcasters and cable companies insane. Worse than that, it's eating into their profits. 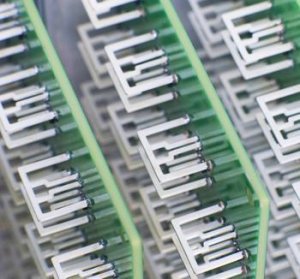 Aereo antennas on a circuit board

In their petition to the Supreme Court, the broadcasters say Aereo and the appeals court's decision are "already transforming the industry and threatening the very fundamentals of broadcast television."

But how can Aereo be threatening the TV industry when all it is doing is making it easier for consumers to get a decent signal without paying 0 or more per month for a cable TV feed from the likes of Comcast?

After all, in much of the country, it's difficult at best to get a decent over-the-air signal. Many people live too far away from the local station's transmitter. Others live in apartments or condos that don't allow big, bulky TV antennas.

Enter Aereo. The company is doing exactly what cable TV did in its early days, back when it was known as Community Antenna TV, or CATV. Back in the day, small towns were desperate for someone to come in and build a CATV system that would haul in signals from the ABC, CBS and NBC stations so taxpayers could watch "I Love Lucy, " baseball and other staples of American life.

Although it does not say so in so many words, Aereo basically is doing the same thing - simply acting as an antenna for folks who don't have their own.

For a mere $8 per month - chump change by almost any definition - Aereo delivers local TV signals in New York, Boston, Atlanta and other major markets. It plans to reach 22 cities by year's end and will unveil an Android mobile app this month.

You would think that broadcasters would be grateful. Aereo, after all, is helping them get viewers they might not otherwise have. Ah, but not so fast, say the broadcasters. They argue that Aereo is skimming off the handsome royalties that TV stations get from cable systems that carry their signal.

After all, if a majority of viewers cancel their cable contract and switch to Aereo, the cable systems won't want to pay those fat royalties to the TV stations anymore.

This, of course, has not always been the case. Within living memory, over-the-air broadcasters called themselves "Free TV." Of course, that was when they were fighting the - you guessed it - cable industry.

Broadcasters back then said it would ruin them financially if those rotten cable systems took their precious signals and bundled them in a cable feed to consumers. They said this with a straight face long enough and loud enough to strong-arm Congress and the courts into letting broadcasters put their hands into cable's pocket and extract some of the money placed there by consumers.

@greta Our family is on the edge of disconnecting form cable & satellite. Looking at over the air TV & Internet streaming. It's the future.
Sun, 11 September 2016 12:55 PM

@Pigskin75 no... the entire world is moving away from cable and satellite tv subscriptions. NFL will have streaming capability in 2045.
Sun, 18 September 2016 11:48 PM