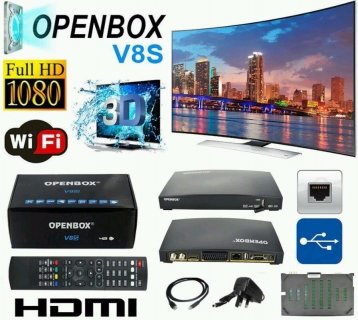 Consumers might soon be able to toss out their rented pay-TV set-top boxes for smart-TV and tablet apps that access the programming of their cable, satellite and telco pay-TV providers.

A proposal circulated by FCC Chairman Tom Wheeler to the full commission will “tear down anti-competitive barriers and pave the way for software, devices and other innovative solutions to compete with the set-top boxes that a majority of consumers must lease today, ” Wheeler said.

Consumers should be able to choose between accessing a pay-TV provider’s content through the providers’ set-top box and user interface “or through devices such as a tablet or smart TV using a competitive app or software, ” he said. “MVPDs [multichannel video programming distributors] and competitors should be able to differentiate themselves and compete based on the experience they offer users, including the quality of the user interface and additional features like suggested content, integration with home entertainment systems, caller ID and future innovations.”

The full commission will vote Feb. 18 on proposing the change. Public comments would follow before a final up or down vote.

The proposal will also increase innovation because it “paves the way for user-friendly interfaces that integrate pay-TV and streaming content on one device, ” the spokesperson added.

The proposal won’t change a pay-TV provider’s ability to package and price its programming, and existing content distribution deals, licensing terms, and conditions won’t change, Wheeler said. MVPDs will still get their monthly fee for the subscription services they provide. The proposal also honors pay-TV providers’ limits on programming use, including recording limitations agreed upon between cable companies and content providers.

Content will remain secure, Wheeler said, because smart TVs “currently ensure the same security for copyrighted material as the traditional set-top box.” Copyrighted content will be protected from piracy “much as it is protected under the existing CableCARD regime.”

When consumers are able to access all their content — from MVPD programming to streaming video — in a single place, they will be better able to find and enjoy the programming most relevant to them, ” he added. That in turn will “lead to more and better programming accessed more easily, especially minority, independent, and international programming.”

Although the FCC previously issued regulations to open up the set-top-box market, “they are woefully out of date and based on 20-year-old technology, ” Wheeler said. “As a consequence, consumers have limited choices for commercially available set-top boxes, so an overwhelming majority of consumers lease a box from their pay-TV service that doesn’t interface well with the wealth of video content online.”

In 2007, he noted, the FCC opened up wireless networks to non-carrier-provided devices, and consumers have been able to choose their own cable modem and Wi-Fi router for years without being forced to use the provider’s equipment.