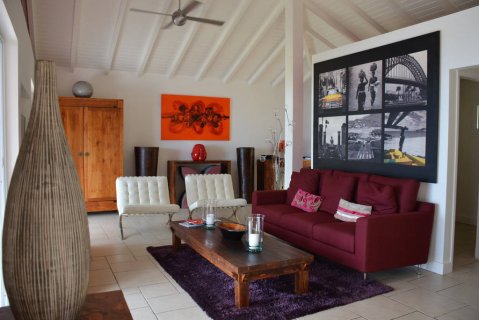 Information on the various satellite TV options and how to receive English-language and British programming in France, from the size and location of your satellite dish, to the various receivers such as Freesat, digibox and high definition (HD) and SD

The equipment required is a satellite dish pointed in the right direction and connected to a television, and a satellite receiver (digital set-top receiver), often referred to as a "digibox". A satellite receiver should not be confused with a Freeview set-top decoder, which is a receiver for digital terrestrial television signals received via a standard aerial.

Prior to the widespread use of digital television, the television standards for France and the UK were different, but only in the sense that the aerial tuner was of a different format. A digibox supplies a signal to the SCART/HDMI socket on a television and bypasses the tuner, so a French or an English television may now be used.

The satellite signal is sent digitally, which is why so many channels can be available. The digibox decodes these so that a television can receive them via the SCART (French: Peritel) or HDMI lead.

As most modern television programmes are broadcast in wide screen (16:9) format, it is suggested when buying a new television to choose one that is of that same format (16:9). When using an older style television (4:3) the image will not be optimised.

A satellite dish is designed to point directly at a group of satellites, which are stationary above the equator (geostationary). Those that carry the UK TV channels are on the Astra 2 grouping at 28.2 degrees East. The satellites are about 33, 000 Km away so accurate positioning is essential. There should be no obstacles (trees or tall buildings) between the dish and the satellite. As a rough guide, the dish should point to where the sun is at mid-morning.

The size of the dish is important, as the dish collects the signal and focuses it on the LNB, the electrical element on the end of the dish arm; the smaller the dish, the less signal collected. Due to its size, the common black mesh "mini-dish" (43cm) commonly used in the UK will not work well in bad weather conditions in France, as it is not large enough to properly receive the signal. It is common practice with most satellite installers in Northern France to install the slightly bigger dish, known as a Zone 2, as it almost eradicates poor quality reception.

The LNB connects the signal from the dish to the digibox via a cable. A standard LNB can only supply one signal to one digibox, however multiple-outlet LNBs are available with two, four or even eight outlets.

There are a variety of digibox decoders available to allow access to UK programming. Probably the most well known of these is the Sky Digibox, however many more receivers are readily available. The most popular of these is Freesat satellite receiver, which was launched in 2008 by the BBC and ITV to offer an alternative to subscription television. A satellite receiver can be a standard definition decoder (although these are now being phased out), a high definition decoder, or a decoder (high-definition) with the ability to record.

Sky Digiboxes can be used without a subscription card to receive most free-to-air channels and some HD channels.

The least-expensive digital satellite option is the standard-definition decoder (phased out mid 2013) This digital satellite receiver enables the user to watch all of the free TV channels and listen to free radio channels without subscription. With Freesat and Sky decoders, a seven-day program planning guide (electronic programme guide or EPG) is available. No subscription or contract is needed.

These receive a newer format of broadcast with approximately four times the clarity of a normal picture. HD provides sharper, clearer and more vibrant pictures. BBC and ITV both offer high definition broadcasting and more channels will follow. SD receivers are being phased out in 2013.

These receivers have all of the facilities of the standard or HD receivers while enabling the viewer to record one programme while watching another, or even record two channels while watching something previously recorded.
The following features are also available:

All receivers that incorporate recording facilities require a dual (or quad) LNB and two cables to properly function.

There is a budget range of receivers available from supermarkets and DIY stores in France. However these boxes need to be rescanned regularly to find new or changed channel frequencies; they may also have confusing channel numbering and do not provide an electronic programme guide.

One standard receiver can only supply one channel to one television at any given time. In many cases it is possible to use a video sender to transmit the signal around the house to be viewed on a television in another room. Using a Standard or SkyHD Digibox, a cable can be run from the digibox to a second television, however only the same channel can be watched on both sets at the same time. This facility is not available on the new SkyHD receiver.

The alternative is by using a multiple-outlet LNB. Cables can be run from the dish to multiple receivers where independent viewing is available.

A DVD player from the United Kingdom will work with a French television and with French DVDs, as they are all encoded for the same region (Region 2). Many DVDs purchased in France will include the film in its original language with optional French subtitles if the original version of the film was in another language (such as English).