Guide to Spanish television and radio 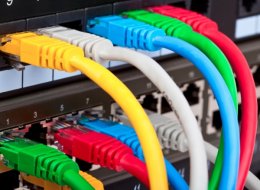 A guide on getting Spanish television, and options on how to get foreign channels on your TV or your computer via the Internet.

What better way is there to get to know Spain than watching Spanish television? Watching Spanish channels will open you to a window to Spain, its culture, its language and its way of life. However, there are also ways to watch certain movies and television series in their original version, so you can watch some shows in English, too.

Barcelona and Madrid were the first two Spanish cities to experience television in 1948. It was 8 years later in 1956 that TVE the first proper channel initiated regular programming throughout Spain. In 1990 the first private channels began to appear and in the 2000s analogue television started migrating to digital television - analogue TV services were officially discontinued in 2010.

Before you bring your TV set with you, you need to know that Spain uses PAL-BG standard, which differs from the UK’s PAL-1, meaning the transmission will not work properly. As a result, satellite television (communal or private) and digital TV transmission (TDT) are the usual ways expatriates get TV. The good news is that you do not need a television license to watch television in Spain.

There are 35 national channels of which 2 are owned by the government, and the others are under private ownership. TV consumption has increased greatly since 2008, linking with the start of the financial crisis, and it has become the primary means of entertainment for many Spaniards.

La Uno is one of the government stations and is the most viewed channel in Spain, with 14.5 percent of the audience rating, closely followed by Tele5 (TeleCinco) at 14.2 percent which is a general entertainment channel, airing mainly reality TV, soap operas and what is known as ‘garbage-TV’ (tele basura). Antena 3 is a private channel that was launched in 1990 and the third favourite channel in Spain (11.5 percent). The programming focuses on the news, magazines, cinema and drama. Next in popularity are la Cuatro (Channel 4) and la Sexta (Sixth) with 6.1 percent and 5.7 percent respectively of audience ratings and are two privately owned channels. They are considered family channels and broadcast general entertainment and news programmes.

Nowadays, 98 percent of the population has access to TDT in Spain. It gives a choice of 35 national channels and has better image quality, better sound, and numerous additional services. It is comparable with free-view TV in the UK.

Satellite TV in Spain offers a limited range of Spanish channels due to the fact that a lot of them aren’t free. In order to get all foreign channels, expats usually need to install a satellite dish on ASTRA 2, but once installed there won’t be any additional charges as TDT is free. To get additional channels, such as the UK’s Channel 4, 5 or Sky TV, you will need a Sky receiver and a card; other than that it’s free but you won’t have access to other foreign packages. The cost varies according to the channel package you select. Europa Network is another satellite TV provider that offers free to air UK channels. The cost is free providing you sign up to their Internet package. Watching via your TV will require a set top box, which comes with a one-off payment of EUR 130.

If you are getting a satellite dish installed and it is over 1.9 metres in diameter you may require planning permission from the local Town Hall (Ayuntamiento) although this varies between towns and should be checked before proceeding with any installation.

-
Tip: Watching television in English
Many channels screen English and American television series, as well as movies from around the world. But, as you will notice, they are usually dubbed in Spanish. However, viewers have the option to watch movies and series in the original language by changing the language in your television menu. You also have the option to select Spanish subtitles if you want to scratch up on your language skills.

If you miss watching your favourite TV shows there are many ways of watching foreign channels online.

You can subscribe for free to Once you register you can enjoy a large panel of live channels online. Two other options are and Nowadays there are a lot of ways of watching shows online; there are numerous websites that you can find just through a rapid Google search.

There are around 4, 877 active public and private radio stations of which around 2, 655 are legal radio stations. There is a broad public national network owned by Radio Nacional de España (National Radio of Spain; RNE), a division of RTVE, Spain’s largest media group. When it comes to listening to your favourite radio show the Internet is often the easiest way of doing it. Some useful sites include:

Expatica
Need advice? Post your question on Expatica's free Ask the Expert service to see if we can help.