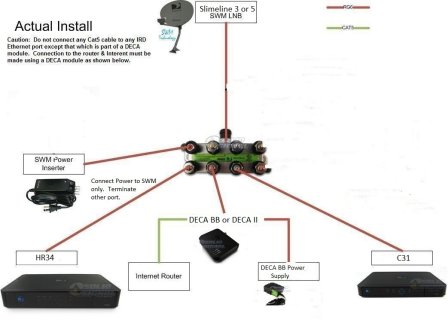 Wireless Genie Mini is a new option for customers who want the freedom to enjoy their Genie HD DVR on any TV in their home, while limiting the messy cable wires and clutter around them. Now customers are free to reorganize and change the layouts of their rooms—and even move their TVs outside—regardless of where their cable outlets are located.

Wireless Genie Minis don’t have tuners, so they don’t work by themselves. They have to be used in conjunction with Genie HD DVR set-top boxes and the Wireless Video Bridge.

A wireless Genie Mini has all the features of a Genie Mini (models C31 and C41) but gives you the flexibility to place your TV anywhere in your home, regardless of where your coax cable outlets are.

The Wireless Video Bridge has a power cord and requires connection to the coax network.

No, at this time non-DIRECTV devices (including DIRECTV Ready TVs) will need a wired connection to the Genie HD DVR through the Whole-Home DVR network. Only Wireless Genie Minis can connect to the Wireless Video Bridge.