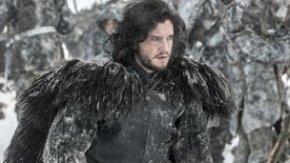 TV and broadband giant Sky has unveiled a new way of getting Sky TV without a dish, bringing the likes of Sky Atlantic and Sky Movies to your telly from £12.50 a month.

Perfect if you can't have a Sky dish on your property, the latest Sky bundle gives you truly unlimited broadband, with speeds of up to 16Mb - or up to 38Mb if you go with Sky Fibre for an extra £10 - and a NOW TV box with an Entertainment Pass, giving you access to 10 of the best Sky channels.

As long as you've got an HD-ready TV, and the broadband-connected NOW TV box hooked up it, you'll be able to stream shows like The Walking Dead and Game of Thrones on television, without having to fork out for a Sky TV subscription.

Remember you'll still need to pay for Sky's line rental on top of this, currently £15.40 a month. And, although the NOW TV bundle is cheaper, for £21.50 a month you can have the Sky Entertainment pack of channels on television with a free Sky+HD box thrown in.

NOW TV is a great alternative, though, if you want Sky TV without a dish - if you're not allowed to install one on your property, for example - and with a new series of Game of Thrones starting next month, there couldn't be a better time to sign up!

If you can't decide between the Entertainment Pass and Sky Movies, you can get both as part of your NOW TV bundle for an extra £5 a month. If you live in a busy household with lots of devices using the Wi-Fi at the same time, Sky Fibre is probably the way to go for decent streaming.

In addition to Sky channels for live streaming, NOW TV gives you on-demand access to series box sets - including Moone Boy, The Walking Dead and Game of Thrones - and catch-up TV from BBC iPlayer, 4oD and Demand 5.