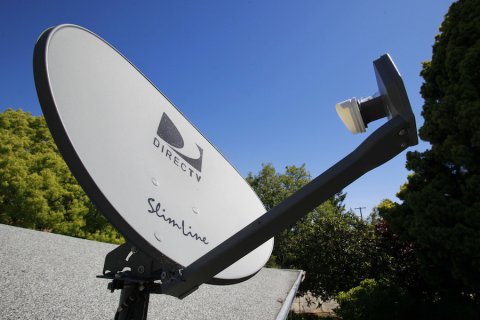 Discovery Could Rewrite History of Vikings in New World

It’s a two-mile trudge through forested, swampy ground to reach Point Rosee, a narrow, windswept peninsula stretching from southern Newfoundland into the Gulf of St. Lawrence. Last June, a team of archaeologists was drawn to this remote part of Canada by a modern-day treasure map: satellite imagery revealing ground features that could be evidence of past human activity.

The treasure they discovered here—a stone hearth used for working iron—could rewrite the early history of North America and aid the search for lost Viking settlements described in Norse sagas centuries ago.

To date, the only confirmed Viking site in the New World is L’Anse aux Meadows, a thousand-year-old way station discovered in 1960 on the northern tip of Newfoundland. It was a temporary settlement, abandoned after just a few years, and archaeologists have spent the past half-century searching for elusive signs of other Norse expeditions.

“The sagas suggest a short period of activity and a very brief and failed colonization attempt, ” says Douglas Bolender, an archaeologist specializing in Norse settlements. “L’Anse aux Meadows fits well with that story but is only one site. Point Rosee could reinforce that story or completely change it if the dating is different from L’Anse aux Meadows. We could end up with a much longer period of Norse activity in the New World.”

Last November, TED awarded Parcak a $1 million prize to develop a project to discover and monitor ancient sites. This latest discovery in Newfoundland—supported, in part, by a grant from the National Geographic Society—demonstrates that her space-based surveillance can not only spy out artifacts in barren desert landscapes, but also in regions covered by tall grasses and other plant life.

Parcak led a team of archaeologists to Point Rosee last summer to conduct a “test excavation, ” a small-scale dig to search for initial evidence that the site merits further study. The scientists unearthed an iron-working hearth partially surrounded by the remains of what appears to have been a turf wall.

The archaeologists don’t yet have enough evidence to confirm that Vikings built the hearth. Other peoples lived in Newfoundland centuries ago, including Native Americans and Basque fisherman. But experts are cautiously optimistic.

“A site like Point Rosee has the potential to reveal what that initial wave of Norse colonization looked like not only for Newfoundland but for the rest of the North Atlantic, ” says Bolender.

“Who’s your daddy?!?” Parcak shouts at the ground as her muddy boot pushes down on a shovel, cutting its way through thick turf to the soil beneath. It’s a joyous sound, the primal yell of an archaeologist in her natural habitat, doing fieldwork. “Digging makes us better people, ” she tells me.

Parcak is far afield of her usual stomping grounds in Egypt. But this project has clearly captivated her imagination, drawing her into Viking history and lore.

One afternoon, we cautiously make our way down a steep path—created by a small landslide and gully—to a narrow beach. As we stroll along the shoreline, Parcak speculates on why this tiny peninsula would have made an ideal Norse outpost.

“They were quite nervous about their safety, threats by locals, ” she says. “They needed to be in a place where they could have good access to the beaches but also a good vantage point. This spot is ideally situated—you can see to the north, west, and south.”

After studying the area and researching prior land surveys, the archaeologists have identified other characteristics that would have made Point Rosee an optimum site for Norse settlers: The southern coastline of the peninsula has relatively few submerged rocks, allowing for anchoring or even beaching ships; the climate and soil in the region is especially well-suited for growing crops; there’s ample fishing on the coast and game animals inland; and there are lots of useful natural resources, such as chert for making stone tools and turf for building housing.

And then, of course, there was the most valuable resource of all: bog iron. It’s a type of ore that forms when rivers carry dissolved particles of iron down from mountains and into wetlands, where bacteria leach the iron from the water, leaving behind metal deposits.