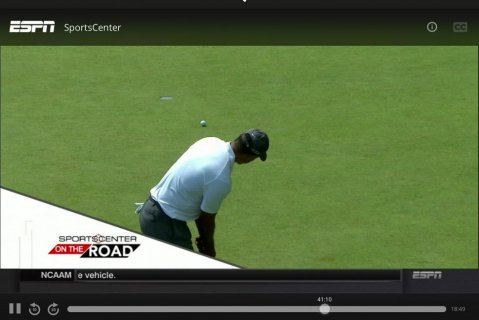 The pros and cons of a no-contract TV plan

In order to entice more customers to sign up for cable and satellite TV, some providers are now offering no-contract service plans.

It's a strategy that proved to work for cell phone provider, T-Mobile. In fact, following their March 26th, 2013 announcement to eliminate annual contracts, T-Mobile reportedly signed on 1 million new customers during the third quarter of 2013.

So, are cable and satellite TV providers taking a cue from T-Mobile? And if so, should you jump at the first no-contract plan you see? Our experts weigh in on the pros and cons of no-contract TV plans.

The biggest advantage of a no-contract plan is the ability switch providers anytime you want, says David Bakke, editor of moneycrashers.com, a personal finance website.

This allows the consumer to try out a particular company, says Bakke. For example, if after a month or two of service, you realize that you don't like a provider's channel selection or their customer service, you can simply end your service and find another provider.

And while you may lose out on the installation fee, this method allows consumers to test out the waters with various providers, without having to worry about exorbitant cancellation fees.

No-contract service plans are also ideal for consumers who are in transitory situations, says Jeff Haynes, editor at consumer-savings site, TechBargains.com. This includes college students who may be moving apartments every year, or professionals who are constantly relocating as part of their job.

What's another benefit of having a no-contract plan? Bakke says consumers have more negotiating power.

"For example, I am currently with AT& T and I am not under contract, " Bakke says. "Whenever I see a better teaser deal come along from one of the other main competitors, I always call in and see if AT&T will match the offer."

Bake adds that this works because your provider knows you have the power to cancel anytime, so they're more willing to offer you a discount, rather than lose your business entirely.

Bakke adds that while he may not always get the exact deal he wants, he usually gets some kind discount, which means he won't have to go through the process of switching.

"Even though it isn't difficult, switching is a hassle and if I can avoid that and still get my cable TV for cheap, then I'm satisfied, " Bakke says.

Perks are great. And whether it's a free gift card or tablet, TV providers are using these perks as a method to sign on new consumers.

Unfortunately, there's normally a string attached to these free perks and in the case of TV plans, that string is typically an annual contract.

"The standardized no-contract plans do not come with any perks like free gift cards or free premium movie channels, " says Bakke.

And while perks and plans vary by provider, one thing is certain: Plans with an annual contract will have more perks than no-contract plans.

As an example, here's a comparison of the "extras" for a Starter XFINITY Triple Play plan with a 2-year agreement vs. no term agreement*:

Bakke says that if you go with a no-contract plan, you're likely going to pay higher fees.

Why? Because the company has no guarantee of how long you plan to stick with them. As a result, they're less likely to offer you any financial breaks. Bakke says you'll probably have to pay for the installation and for equipment rental - while those fees would normally be waived if you signed a contract.

"The companies that offer no-contract plans do so because they make money off the fees that are normally waived with other plans, " Bakke explains.

What's more, because consumers with a no-contract plan aren't committing to their provider, providers don't have to commit or guarantee a rate.

In fact, Haynes explains that consumers aren't guaranteed that their quoted prices will remain the same unless they sign a contract.

"Without a contract, the cost of channels can vacillate wildly based on what the provider wants to charge, which can end up being very expensive, " Haynes says.

For most consumers, signing a no-contract plan is a no brainer. This is especially true for people who are constantly on-the-move, and can't commit to lengthy contracts. But, if you're pretty sure you're staying put in your home for a few years, signing a one- or two-year contract could be the best way guarantee a low rate. You might score some perks, too.