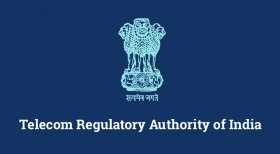 SINGAPORE — Commercial satellite fleet operators doing business in India are reacting with surprise and concern at an Indian regulatory proposal to consolidate all satellite television broadcasts onto a couple of Indian government-owned satellites.

These companies said they are cautiously optimistic that the scope and cost of the proposal – repointing millions of installed subscriber dish antennas and forced cohabitation of six competing direct-to-home (DTH) service providers among them – will cause it to collapse of its own weight.

“Who is going to pay to repoint 50 million satellite dishes?” asked one satellite operator, who declined to be named out of fear of angering Indian authorities. “What we’re hoping is that this is an initiative by just a few people wanting to take advantage of the Make in India movement.”

A poll of attendees here May 30 at the CASBAA Satellite Industry Forum produced responses including, “A bad idea, ” “Lack of competition is bad for all, ” “Regulatory insanity” and “India is good at shooting itself in the foot.”

The Telecom Regulatory Authority of India (TRAI) on May 23 published what it calls a “pre-consultation paper” that points to the savings satellite-television broadcasters could realize if they stopped beaming the same programs on different satellites, and instead banded together on one or two spacecraft.

As of March 2015, the latest period for which TRAI has produced figures, there were 76 million DTH subscribers in India, of which 41.1 million were considered active. These subscribers received programming from six pay TV DTH providers and one free-to-air satellite broadcast service.

TRAI said multiple DTH providers are broadcasting the same channels even as they compete with each other for subscribers. “There is scope for better utilization of available infrastructure, ” TRAI said. “There is a need to examine technical and commercial issues in sharing of infrastructure such as satellite transponders, Earth station facilities….”

“Popular satellite-TV channels could be retransmitted using common transponder space by multiple operators voluntarily, ” TRAI said. “The saving will also reduce the outgo of foreign exchange, as most of the satellite capacity is provided by foreign satellite operators.”

India has been one of the biggest satellite-DTH growth markets in recent years, but one in which barriers to entry by foreigners remain high. Under Indian law, television broadcasters seeking operating licenses are given preferential treatment if they use India’s own Insat telecommunications satellites, owned and operated by the Indian Space Research Organization (ISRO).

Non-Indian satellites are permitted if ISRO’s Insat system does not have sufficient capacity to meet programmers’ demand. This has been the case for years as ISRO has been unable to keep up with the market for satellite television.

Operators with current or planned capacity over India include SES of Luxembourg, Measat of Malaysia, AsiaSat of Hong Kong, Eutelsat of Paris, SingTel of Singapore, ABS of Bermuda, Intelsat of Luxembourg and McLean, Virginia; and APT Satellite of Hong Kong.

But these companies are not allowed to deal directly with their customers. Instead, they must sell their own bandwidth to ISRO, a competitor, which then resells it to broadcasters at prices set by ISRO. Despite these hurdles, foreign satellites have been successful in India and most foreign satellite operators view the market as retaining a huge potential – for television, cellular backhaul and Internet provision.

“The question is: What is the position of the DTH operators?” Kayser asked. “They will have to execute” the policy. “Good luck.”