Your Guide to Cable TV Cord-Cutting 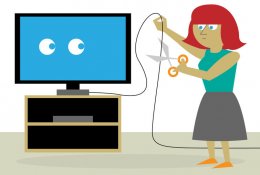 For decades, cable television was the best way to get quality shows geared toward specialized audiences. Today, that's what streaming services do, while cable is more like a lumbering dinosaur, slowly laying waste to both consumers' wallets and their sense of good taste. Cable TV still has some great shows, but you no longer need to pay through the nose to get them — not when you can cut the cord.

If you're determined to do so, or if you've already done it, here's what you'll need to know about life after cable TV. Tom's Guide will tell you what kind of hardware you'll need, where you can find your favorite shows and roughly how much you should expect to spend.

Once you ship your cable box back to its Machiavellian overlords, you'll need a way to funnel streaming content directly to your TV. The good news is that this process is both easy and inexpensive, and you may even own the necessary components already.

The first thing you may want to consider is an HD antenna. This doesn't provide a way to watch streaming videos, but if you want to watch live TV, it's the cheapest and simplest solution. You may remember having rabbit ears on your hand-me-down TV as a kid — an HD antenna is basically the modern-day version of that. You hook the device into your TV, put it somewhere near a window and watch as the free channels roll in.

This process is how you get local broadcast stations and, as such, is ideal for news and sports. You can get a good HD antenna for less than $40, and like with a regular antenna, there are no subscription fees. However, your channel selection depends a lot on where you live, as well as your line of sight to the broadcast location.

A nonamplified antenna picks up signals across a range of about 20 miles and is ideal for people in urban areas, who tend to live close to broadcast towers. The LeafMetro is a good choice for city dwellers, and costs only $20. Suburbanites and rural citizens may prefer amplified antennas, which pick up signals over a range of about 50 miles, but also cost more. Our top pick here was the $40 Terk Trinity.

If you want to take advantage of streaming services — Netflix, Hulu, Amazon Prime and so forth — you'll need a way to display them on your TV. If you have a recent TV from a major manufacturer, you may not need to get anything at all. Smart TVs usually have these apps built in, and almost every high-end TV sold within the last two years or so has smart capabilities.

If not, setting up your TV for streaming can still be a simple and inexpensive process. The market is positively glutted with set-top boxes, streaming sticks, game consoles and other devices. Tom's Guide has compiled a list of the best devices to fit various budgets and streaming preferences. 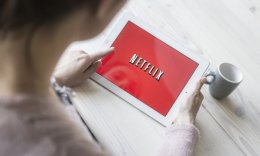 In general terms, your choices boil down to devices from Roku, Google, Amazon and Apple, plus game consoles from Microsoft and Sony. The Roku 4 is our top pick in this category, as it offers thousands of channels, 4K resolution and an inventive interface. Amazon also produces a 4K player (the 2015 Fire TV), while Google's Chromecast is the cheapest device around, but requires a mobile device or a computer to function. An Apple TV is a good choice for consumers who already own a lot of Apple devices, while if you plan to do a lot of gaming, a PS4 or an Xbox One is the way to go. These devices range in price from to 0.

Finally, if you have a laptop or don't mind moving your desktop to the living room, you can simply plug your computer into your TV via HDMI, DisplayPort, VGA or DVI cable (depending on which ports you possess). Grab a wireless mouse and keyboard, and voilà: You have access to almost every streaming music and video service on Earth.

Once you've picked up the appropriate device, all that's left is to pick the services that provide the shows you want to watch.

While Netflix ($8-12 per month), Hulu ($8-12 per month) and Amazon Prime ($99 per year) are the most recognizable streaming services, they are not the only ones available. In fact, traditional streaming services — wherein you pay a monthly fee to consume as much content as you like on-demand — are only a small part of the market. Depending on how much you're willing to spend (from nothing up to hundreds of dollars per year), you can get just about anything you used to enjoy on cable.

The most expensive, but also most comprehensive, streaming services are known as cable replacements. This includes services like Sling TV and PlayStation Vue. Comcast will provide its own competing service soon, and other cable providers may well follow suit.

Cable-replacement streaming services work exactly the same as having cable — live channels presented in real time — except they come streaming over the Internet rather than via an analog wire. The upside is that you don't have to give up the channels that you love. Sling TV carries multiple ESPN stations, plus Cartoon Network, TBS, Bloomberg, CNN, History and dozens of others. PlayStation Vue offers SyFy, Spike, USA, VH1, Fox News, Nickelodeon and more. You can also record programs to watch later, just like you would with a cable DVR box.