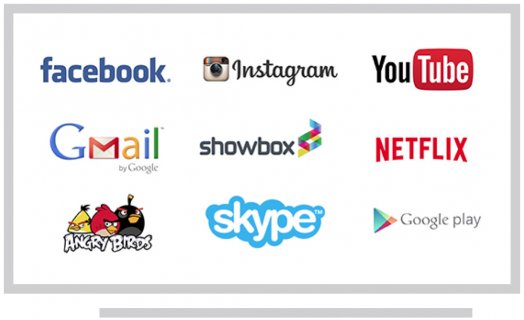 Jaam-e-Jam International جام جام اينترنشنال: This channel is the leader in Persian entertainment. It delivers entertainment programs for the whole family.

Pars TV بارس : Pars TV was founded in May 1989 with the intention of broadcasting its Iranian Community programming throughout the Southern California area. In August 1998, Pars TV acquired a satellite channel from Taipei International in order to target its audiences throughout the United States (including Hawaii, and Alaska), Canada and Mexico. Since becoming the first Iranian satellite network, Pars TV has reached audiences across the world, broadcasting to all of Asia-and Europe and reaching thousands of viewers of various backgrounds and ethnicities. At present, Pars TV has programs in Farsi, English, Azari and Armenian.

Appadana International أبادانا رنكارنك : The International Programming Network (IPN) is a Persian-language shopping channel focusing on the sale of goods and services for the Persian community living in North America and abroad.

Channel One Television: An Iranian television station, broadcasts live programming 24-hours a day and airs content produced specifically for the Iranian community in the U.S. Channel One Television has become a leader in broadcasting and producing Farsi-language entertainment, in less than 2 years, mixing news and current affairs programming with cultural entertainment.