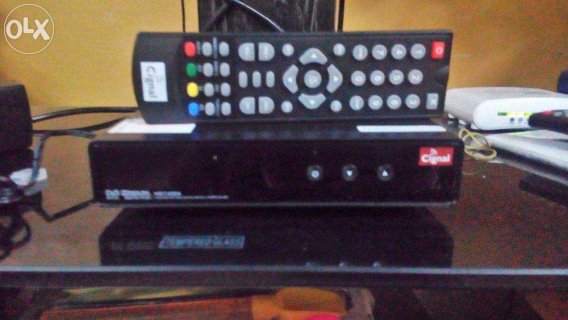 Astro NJOI is a Malaysia free satellite television service launched on 18 February 2012 in collaboration with the government of Malaysia and Astro. It was officially announced by Prime Minister of Malaysia, Najib Razak on 20 December 2011. At launch, the service provided 18 television channels and 19 radio stations. However, existing Astro customers may still able to receive this service through separate account.

The set-up, which consist of a set-top box, Out-Door Unit (ODU) satellite dish, smartcard and remote control unit, was available at a one-time payment of RM 308 at all Astro authorised retailers, with a standard installation fee of RM 100 from an Astro-authorised installer as stated on the website. In mid-2013, the one-time payment was reduced to RM 280, and installation remains at RM 100. The platform uses prepaid card method where one can pay for the day and amount for the prepaid channels that one wants to watch. The decoder's HDMI output is locked out and this leaves users with composite signal and component video output. However, certain decoders with updated firmware are able to use the HDMI output.