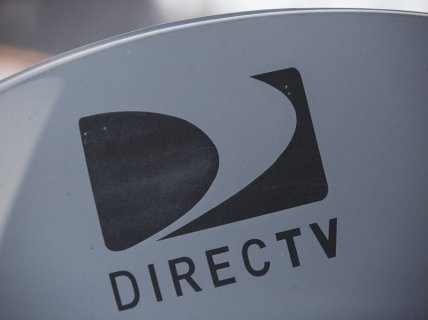 It was one short flight for Arianespace’s VA221 rockets on December 6, but a significant leap for DirecTV as the satellite TV service’s new DirecTV-14 satellite was launched into geosynchronous orbit around the earth along with GSAT-16, a satellite to be used by the India Space Research Organization (ISRO). The launch took place from the European Spaceport in Kourou, French Guiana at 5:40 local time.

DirecTV-14 is a 20-kilowatt Ka- and reverse-band digital broadcast satellite (DBS) that will ultimately bring 4K UHD content to DirecTV’s US customers. The satellite reportedly uses an advanced beam forming network to provide service to the lower 48 states, Hawaii, Alaska, and Puerto Rico. SSL states that, with this launch, 78 of its satellites are now in orbit around the planet, 12 of which are 7-ton, 20-kilowatt models like DirecTV-14. Once officially in operation, DirecTV-14 will be the company’s 7th functioning satellite.

Earlier this year, DirecTV managed to beat cable companies to the 4K UHD punch with a streaming VOD service exclusive to Samsung 4K UHD TV owners, offering 19 titles from Paramount Pictures and K2 communications, highlighted by big-budget visual spectacles such as Transformers: Age of Extinction and 2009’s Star Trek. Comcast is expected to launch its own 4K UHD service early next year, and it is also expected to be exclusive to Samsung TV’s initially.

Related: How and where to stream 4K UHD content

This development should come as good news to 4K UHD TV owners, as ultra high definition content has been scarce since the new resolution standard began appearing in next-gen televisions just over two years ago. DirecTV is the first cable or satellite operator to offer 4K content to viewers outside of streaming video services over the Internet, and now appears to be in a strong position to be one of the first to offer live 4K UHD content via satellite or cable.

Netflix was first to offer streaming 4K content to a broad US audience equipped with 4K UHD televisions, and Amazon is expected to follow suit with its own 4K streaming service, which, unlike Netflix, will be offered at no additional cost to Prime subscribers. Other 4K streaming services presently include M-Go (exclusive to Samsung for now), and UltraFlix (also currently exclusive to Samsung 4K UHD TV owners).

Considering the fierce rivalry that exists between DirecTV and its rival, Dish Network, it would come as a little surprise to learn the latter satellite service has its own 4K UHD broadcast strategy in the works, potentially making the announcement at the forthcoming CES 2015 trade show in January.

@ChetRoulette I think DirecTV has a new satellite free stream option that includes Xbox. $50 a month, but idk if I'm understanding it right
Fri, 16 September 2016 12:55 AM