TV options Besides cable and satellite 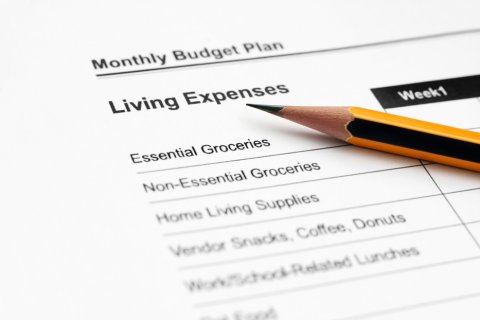 As more people rethink ways to get television programming outside the traditional cable and satellite companies, the unsung TV antenna is becoming a fundamental component of their cord-cutting strategy.

That makes sense. Not only are broadcast TV signals free, but even a simple antenna can produce the best picture you've ever seen on your TV because the high-definition signals are less compressed than through cable or satellite.

And new flat, wall-mounted indoor antennas are a cinch to install and far less offensive aesthetically than the old rabbit ears — some can be affixed to a window behind drapes, for example. And with a one-time cost of about $50 for about 50 channels — including almost all of the most popular 50 shows — the switch is a frugal-spender's delight.

HBO recently announced it would offer streaming online HBO service without a cable or satellite subscription, removing yet another reason people remain tethered to a paid-TV provider. ESPN, perhaps the largest hurdle to cutting cords, reportedly is looking into the same thing.

Antenna sales spiked several years ago with the switch to digital broadcast signals, but the antenna business has continued to flourish, said Ian Geise, senior vice president of Voxx Accessories, the largest seller of TV antennas under such names as Terk and RCA.

"It's really been this shift in mindset for people and (their) television entertainment, " he said. And it's not all older consumers and cheapskates. Young adults who grew up on streaming content are becoming big customers of antennas as a way to complement their online video entertainment, he said.

A typical cord-cutting setup would include an antenna, supplemented with online programming that can be sent to your television via such streaming boxes as Apple TV and Roku and many of the newer "smart" television sets that allow you to log in to online programming services such as Netflix, Hulu and Amazon Prime Instant Video.

Of course, you would still need Internet service, potentially from the cable company, which results not in cord-cutting but cord-trimming. Even if you don't want to use over-the-air signals for your main TV, an antenna might work well for televisions in a bedroom or den, avoiding the monthly cost of extra cable boxes.

Interested in free TV? Here are questions and answers about antennas and getting some of your video entertainment over the air.

What equipment do I need? A TV and an antenna. If you have an old TV without a digital tuner, pre-2007, you might need a digital converter box.

What channels can I get? All the big broadcast channels, such as ABC, NBC, CBS, Fox, CW and PBS. All but three of the top 50 shows were on broadcast networks during the last TV season and could be picked up by antenna, according to TV Guide's list for the 2013-14 TV season. You'll also get independent channels and subchannels of main networks that provide additional programming, such as old TV shows and foreign-language shows.

What programming won't I get? No "The Walking Dead" on AMC, "Monday Night Football" on ESPN or "Duck Dynasty" on A&E. No CNN or MSNBC, and no pay channels, such as HBO and Showtime.

How is the quality of over-the-air TV? Once you are receiving a strong signal, excellent. No snow or ghosting picture. "You have a cliff effect; you either have a signal or you don't have signal. If you're not receiving your signal properly, for the most part, you'll just get a blue screen, " Geise said. Otherwise, the picture is likely to be noticeably better than cable or satellite. An exception might be broadcast subchannels, if there are a lot of them. They might be slightly lower quality than the main channel, but still high definition, said David Wilson, vice president of technology and standards at the Consumer Electronics Association.

How do I buy an antenna? Several websites can help you determine the reception at your address, the nearest TV transmitters and the channels you're likely to receive. Some help you choose an outdoor antenna model with color codes. Consumer Reports recommends antennaweb.org, antennapoint.com, TVFool.com and the FCC's DTV Reception maps,

Is installation difficult? For indoor antennas, you attach it to your TV with the familiar coaxial cable and perform a channel scan to see what stations you get. See your TV's manual for instructions on performing a scan. Moving the antenna around the room might change which channels you receive. Mounting an outdoor antenna will depend on how handy you are and whether you are comfortable working at heights. Hiring an installer is an option.