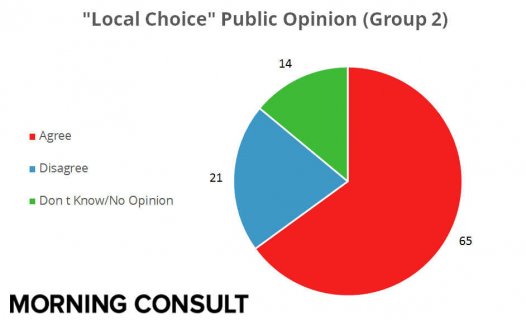 How does the new law affect royalty rates for cable operators?

Do smaller cable operators have to pay more?

No. There is no change to the royalty fee structure for those cable systems that file the Form 1-2.

Do cable operators have to pay for multicast streams?

Cable operators are not required to pay any royalties in the 2010/1 accounting period for the retransmission of a multicast stream carried in the first accounting period of 2010, provided that carriage of the stream began before February 27, 2010. Moreover, cable operators do not have to pay royalties to retransmit a multicast stream that is the subject of a written agreement entered into on or before June 30, 2009, between a cable system or an association representing a cable system and a primary transmitter or an association representing a primary transmitter. However, royalties will have to be paid for these multicast streams if they are still being retransmitted after the expiration of such written agreements.

The following points about retransmitting multicast streams are important to keep in mind:

How does the new law address “phantom signals”?

For the past 30 years, cable operators have paid royalties under section 111 to retransmit non-network programming carried by distant broadcast television signals. Before STELA, the royalties were based on a percentage of gross receipts generated by a cable system. Under the licensing framework established by Congress in 1976, cable operators had to pay for the carriage of distant signals on a system-wide basis, even though each signal was not made available to every subscriber in the cable system. The distant broadcast signals that subscribers could not receive were called “phantom signals.” STELA addresses the phantom-signal issue by amending section 111(d)(1) of the Copyright Act, which sets forth the method by which cable operators can now calculate royalties on a community-by-community, or subscriber-group, basis. Beginning with the 2010/1 accounting period, and all periods thereafter, cable operators will pay royalties based upon where the distant broadcast signal is actually offered rather than on a system-wide basis.

Do cable operators have to pay any other royalties under STELA?

Yes. As a result of discussions among the parties affected by the phantom-signal issue, which helped lead to broad industry support for the STELA amendments, certain cable operators agreed to pay additional royalty amounts directly to the Copyright Office for a five-year period. Section 111(d) provides the authority for the Copyright Office to accept these additional deposits.

Can a copyright owner audit a cable system operating under section 111?

Yes. STELA includes an audit provision that requires the Copyright Office to conduct a rulemaking proceeding to implement a confidential procedure under which a qualified independent auditor working on behalf of all copyright owners can “confirm the correctness of the calculations and royalty payments reported” on a statement of account filed for accounting periods commencing on or after January 1, 2010. The Copyright Office will initiate a rulemaking proceeding in 2010 to implement STELA’s audit language.

How does the new law affect the local-distant criteria in section 111?

Before STELA, section 111(f) defined the “local service area of a primary transmitter” as “comprising the area in which such station is entitled to insist upon its signal being retransmitted by a cable system pursuant to the rules, regulations, and authorizations of the [FCC] in effect on April 15, 1976, or such station’s television market as defined in section 76.55(e) of title 47, Code of Federal Regulations (as in effect on September 18, 1993), or any modifications to such television market made, on or after September 18, 1993, pursuant to section 76.55(e) or 76.59 of title 47 of the Code of Federal Regulations.”

Translating those directives into general terms, a television broadcast station’s local-distant status can be determined by the station’s 35-mile zone (a market-definition concept arising under the FCC’s old rules); its “area of dominant influence” (under Arbitron’s defunct television-market system); or its “designated market area” (under Nielsen’s current television-market system). “Grade B contour coverage, ” an FCC technical construct, has also been used to determine the scope of a noncommercial educational television station’s local service area. However, Grade B contours apply only to analog signals, not digital signals, whose service area is now defined by the FCC’s “noise-limited service contour.”

STELA amends the definition of “local service area of a primary transmitter” to include the noise-limited contour as an additional way to determine the local-distant status of a digital television signal and related multicast streams. This change is particularly important to noncommercial television stations.

Does the new law add or change any definitions in section 111?

Yes. The terms “primary transmitter, ” “primary stream, ” “multicast stream, ” “simulcast, ” “subscriber, ” and “subscribe” have been added to the statute. STELA also amends existing definitions for “distant signal equivalent, ” “network station, ” “independent station, ” “noncom­mercial educational station, ” and “primary transmis­sion.” Most of these changes were necessary to address the retransmission of digital television signals and the carriage of multicast streams.