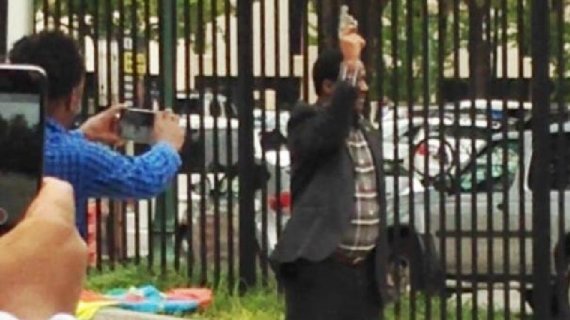 LTV, Ethiopian satellite TV station that aspires for the best of life was launched last Tuesday.

"When these cultural values, artistic resources and heritages are broadcast by a media which is outside of our control the real image of the country could not be displayed to the outside world, " he added.

"This will let our identity to be evaluated and measured by the standards of outsiders and our cultural tolerance can't be clearly portrayed in the global stage."

According to him, when our cultural values and heritages are broadcast by the people of Ethiopia themselves there will be a clear understanding what Ethiopia means.

He also said that the TV station will also have a vital role in filling gaps in the media sector.

According to Getachew, though there are several diaspora investors engaged in various economic sectors in Ethiopia, there is little commitment to invest in the media industry.

In this regard, the initiative taken by Dr. Gemechis Buba deserves appreciation for his vision will put Ethiopia in global media chart and initiate other investors to engage in the sector.

Speaking at the event, founder and president of LTV, Dr. Gemechis said that LTV aspires to serve Ethiopians and promote their untapped cultural values to the world.

According to him, Ethiopia has untapped cultural resources that need to be promoted in the global arena. In this regard, LTV will take the lead by providing well research programmes.

He also said that the TV station will strive to promote its motto: "FOR The BEST OF LIFE".

Dr. Gemechis also said that the TV station envisions improving quality of life by filling gaps that are not filled by other TV stations.