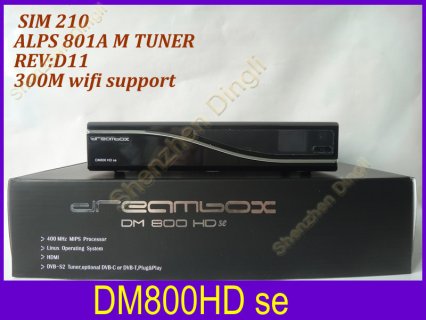 Illegal Satellite TV in China Brings CNN to the Masses

A black market for satellite TV is booming in China as the middle class grows there, bringing foreign channels like CNN and MTV to a much wider audience than allowed by the government.

Satellite TV is legal only for select viewers in China. Content deemed pornographic, violent or threatening to state interests is also banned, a potential roadblock for a range of overseas programming. News stations like CNN and BBC, for instance, are unafraid to air criticisms of the Chinese government that would bring harsh punishment upon a domestic TV station. But satellite dishes that pick up those and other foreign channels, such as ESPN and HBO, have grown popular among white-collar workers despite all the rules.

In 2008 in China, more than 10 million satellite dishes shipped that could receive overseas signals with the standard DVB-S (Digital Video Broadcasting-Satellite), according to market researcher iSuppli.

Meanwhile, urban buyers are also picking up satellite dishes that receive free domestic Chinese programming. Those dishes, meant as a replacement for cable TV in rural areas under a government initiative, are technically banned in cities, said Michael Qiang Zhang, a research manager at In-Stat. They are popular because they allow urban dwellers to get all the channels they would usually watch without paying cable fees, Zhang said.

Up to 40 million of those "gray-market" satellite dishes shipped last year in China, according to iSuppli.

China's broadcasting regulator this month revealed rules that appeared aimed at checking the spread of both types of satellite TV. The regulations require companies that install satellite equipment to buy permits under a system that would track all dishes sold in the country. They ban satellite receiving equipment on open markets.

Older rules already restricted foreign satellite TV access to news, educational and scientific research organizations, or hotels with many foreign guests. Visitors to gyms at Beijing's fanciest hotels can watch stations like CNN and Bloomberg while running on a treadmill. But such institutions have to apply for a permit and let authorities arrange the installation of their satellite receiving gear.

The new rules may have little effect. The regulator, China's State Administration of Radio, Film and Television, lacks the power over local government branches to enforce the rules nationwide, Zhang said.

Liu of iSuppli says the current regulatory crackdown is focused mainly on the equipment to receive domestic satellite content, in line with a government policy that satellite TV be used only to serve remote areas. Since the use of that gear in cities is a drain on cable TV subscribers, it hurts a separate government drive in urban areas - for a widespread shift to digital TV.